Adelaide Meira Serras is an Assistant Professor  (w/ tenure) of the English Department of the Universidade de Lisboa, Faculdade de Letras. As a ULICES researcher – English Culture Group – she edited Empire Building and Modernity, and translated Addison’s Cato, Catão, Uma Tragédia, introduction and notes. She co-coordinates the Science Fiction and Fantasy Project, Messengers from the Stars. She currently teaches Medieval Culture, English Culture (17th to 21st century) to undergraduate classes, and MA/PhD seminars concerning the British Empire, gender and utopia studies. She has written several papers on British culture issues:  Enlightenment, the 18th-century political and ideological paradigm, the gender question, and science fiction. Now she is working on utopia and the city.

Ana Daniela Coelho is a PhD candidate with a funded project on Austen adaptations in the new millennium, under the supervision of Professors Deborah Cartmell (DeMonfort University, Leicester) and Alcinda Pinheiro de Sousa (Universidade de Lisboa). She is a researcher at the University of Lisbon Centre for English Studies (ULICES), holds a degree in Modern Literatures and Languages, and concluded her MA in 2013, with a dissertation on initial sequences of film and television adaptations of Jane Austen’s Pride and Prejudice. Besides adaptation, her research interests include fantasy fiction (literature and film), zombies and other undead fictional creatures and past/present dichotomies in postmodernity.

Ana Rita Martins is an English lecturer in the Department of English Studies at the Universidade de Lisboa, Faculdade de Letras, and a researcher at the University of Lisbon Centre for English Studies (ULICES). She holds an MA in Medieval English Literature and is currently working on her PhD in Medieval Popular Romance in Middle English. Her main research interests include Arthurian romance; medieval romance; medievalism; monsters and monstrosity; comics; fantasy and science fiction.

Diana Marques has a degree and an MA in English and American Studies from the Universidade de Lisboa, Faculdade de Letras, with a dissertation on English medieval literature and culture. She is a researcher at ULICES (University Lisbon Centre for English Studies) and is currently working on her Ph.D. about Fantasy literature. Her main research interests include fantasy and science fiction literature, medievalism, Arthurian myth and legend.

João Félix is a screenwriter with two award-winning television shows and a lecturer in Storytelling at the School of Communication and Media Studies in Lisbon. He has translated a number of genre novels into Portuguese and has a PhD in Science Fiction and Utopia from the University of Sussex. His current research interests focus on apocalyptic narratives and the interplay between readership and serialization.

José Duarte teaches North-American Cinema at Universidade de Lisboa, Faculdade de Letras, and develops a post-doc project on cities and cinema funded by FCT. He is also a researcher at ULICES (University Lisbon Centre for English Studies). His main research interests include Science Fiction; Dystopias; Apocalyptic Cinema; Television Studies and SF Cinema and Comics. He co-coordinates the Science Fiction and Fantasy Project, Messengers from the Stars.

Aline Ferreira is an Associate Professor at the University of Aveiro in Portugal where she teaches English Literature. Her main interests comprise the intersections between literature and science, bioethics, feminist utopias and women’s studies. Publications include I Am the Other: Literary Negotiations of Human Cloning (Greenwood Press, 2005). She is now working on a book provisionally entitled The Sexual Politics of the Artificial Womb: Fictional and Visual Representations.

Carlos Martinho is Professor at the Computer Science Department of Instituto Superior Técnico – Universidade de Lisboa (IST) where he lectures on several courses related to videogames, computer science and artificial life. He is a researcher at INESC-ID. He published several articles on the subject of artificial intelligence and co-authored the book Design e Desenvolvimento de Jogos (FCA, 2014).

Margarida Vale de Gato Assistant Professor in the English Department of the Universidade de Lisboa, Faculdade de Letras, where she teaches in the areas of American Studies and Translation. As a full research member of the American Studies Group of ULICES, she published several essays, such as Edgar Allan Poe em Portugal (2009) and the co-edition (with Emron Esplin) of the volume Translated Poe (2014), as well as of the anthology of translated literature Nem Cá Nem Lá – Portugal e América do Norte Entre Escritas (2015), a milestone of the project PEnPAL in Trans, which she coordinates. She is a literary translator, having translated American authors engaged with sci-fi before it really existed (Poe, Twain).

Mónica Paiva holds a degree in Modern Langues and Literature – English and Spanish. She has an MA in English Studies with a thesis entitled “Melodrama à Beira de um Ataque de Nervos: Para uma análise contrastiva entre o Mundo Conceptual de Douglas Sirk e a sua Apropriação no Cinema de Pedro Almodóvar.” Currently she is a researcher at the University of Lisbon Center for English Studies (ULICES) and works as a translator.

Rui Prada is an assistant professor at the Computer Science Department of Instituto Superior Técnico – Universidade de Lisboa (IST), where he teaches courses on User Centered Design, Social Intelligent Agents and Game Design and Development. His research interests are on social intelligence of virtual agents and its application to games. The current research focus is on social power and social identification as means to achieve believability in complex social situations and on the use of online platforms, such as Facebook and OpenSimulator, for serious gaming. He is currently the vice-president of the SPCVideojogos (Sociedade Portuguesa de Ciências dos Videojogos).

Teresa Botelho is Associate Professor of North American Studies at the Faculty of Social Sciences and Humanities, Nova University of Lisbon. Her interest in SF encompasses Afrofuturism, post-singularity and post-human fiction (as well as cinema and television) and the intersection of SF with utopia and dystopia.

David Klein Martins is currently writing his master’s thesis as part of the English and American Studies MA program at Universidade de Lisboa, Faculdade de Letras, centered ostensibly on queer representations in American slasher film of the 1980s. His particular research interests lie in the fields of gender studies, queer theory, American popular culture, as well as (horror) film studies. Born and raised in a bilingual German/Portuguese household in southwestern Germany, David has chosen the city of Lisbon as his new home.

Miguel Troncão is doing his MA on English and American Studies at Universidade de Lisboa, Faculdade de Letras. He is currently writing his thesis on The Hobbit and The Lord of the Rings by J. R. R. Tolkien, focusing on the author’s concept of hero and heroism, and how do the various characters reflect that same concept. His main research interests include fantasy and science fiction literature, medievalism and themes concerning the creation of the hero. 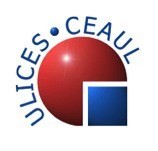